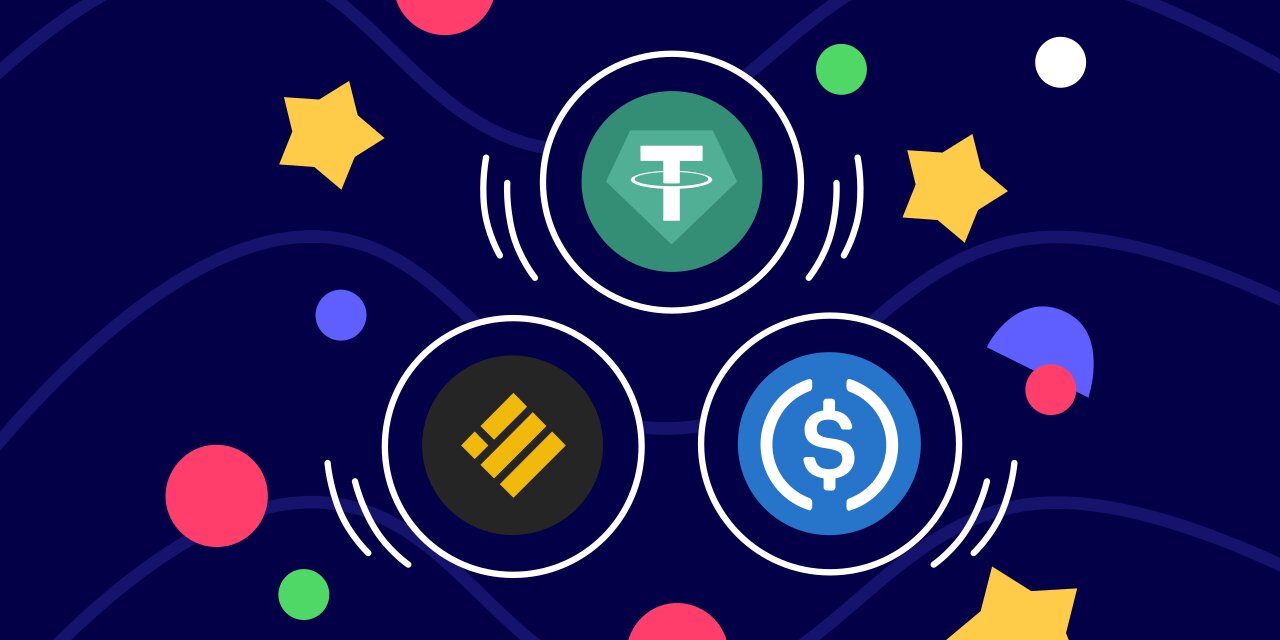 The cryptocurrency market is volatile. But, stablecoins offer something different—a new form of digital currency (cryptocurrency) that is designed to minimize the potential price volatility of a digital asset.

Stablecoins are a new form of digital currency (cryptocurrency) that is designed to minimize the potential price volatility of a digital asset.

In layman's terms, what this means is that a stablecoin is a cryptocurrency that remains relatively stable when compared to other cryptocurrencies. The key here is "relatively."

Stablecoins are still tied to fiat currencies and therefore not completely free from market fluctuations like Bitcoin or Ether (the two most popular cryptocurrencies). But if you're looking for something more stable than those two options, then look no further.

Stablecoins are backed by and enabled by blockchain technology.

Stablecoins are built on blockchain technology. Blockchain is a distributed ledger that records transactions, and it enables the creation of cryptocurrencies like Bitcoin.

Blockchain allows for decentralized transaction verification, meaning it doesn't rely on a centralized authority to verify transactions. Instead, all nodes in the network perform that function.

Due to its decentralized nature, blockchain makes it almost impossible for a single entity—whether government or bank—to manipulate the value of stablecoins.

The value of a stablecoin depends on the underlying asset that backs it, which can be any type of collateral.

While there are several types of stablecoins, they generally rely on collateral to back their value. This can be any type of asset, including gold or oil. The most common form of collateral is fiat currency like U.S. dollars, which can be held in a reserve account to ensure that the stablecoin is backed by something tangible.

Unlike a cryptocurrency like Bitcoin or Ethereum, which fluctuates wildly in value and has no central authority to regulate it, stablecoins have a fixed price (or exchange rate) because they’re tied directly to an underlying asset that backs its worth.

There are three main types of stablecoins, which are based on the type of collateral used to back them.

There are three main types of stablecoins, which are based on the type of collateral used to back them.

Stablecoins can be used for everyday transactions in the same way fiat currencies are used.

Stablecoins are a new breed of cryptocurrency that are designed to maintain a stable price. While other cryptocurrencies like bitcoin and ether fluctuate in value, stablecoins maintain their values relative to the US Dollar or other fiat currencies. Because they can be used for everyday transactions with the same ease as fiat currencies, these coins have become increasingly popular over the last few years.

Stablecoins can be used for online purchases and payments just like any other form of payment method.

Because they’re pegged to an underlying asset, stablecoins are less volatile than other cryptocurrencies such as bitcoin. This makes them attractive for everyday transactions like buying groceries or paying rent.

A good store of value should be stable: if the price of your money fluctuates too much, it becomes difficult to use it for anything but speculation. Of course there will always be some volatility in any currency—this is especially true when there's market uncertainty around the underlying assets being used as backing.

By managing volatility risk and educating consumers about the benefits of these currencies as stores of value, we believe there's real opportunity here for many people around the world who do not have access to banking services today.

Stablecoins offer some advantages over traditional fiat currencies and other cryptocurrencies that make them useful for everyday payments and as a store of value.

Stablecoins are a new form of digital currency (cryptocurrency) that is designed to minimize the potential price volatility of a digital asset. They can be used for everyday transactions in the same way fiat currencies (such as dollars or euros) are used, but there are some differences between stablecoins and other cryptocurrencies.

Stablecoins offer some advantages over traditional fiat currencies and other cryptocurrencies that make them useful for everyday payments and as a store of value:

-They are less volatile than traditional cryptocurrencies like Bitcoin and Ethereum, which makes them more suitable for people who want to use digital currency without worrying about price changes.

-Transaction fees associated with them are lower than those of other cryptocurrencies.

Digital currency is not legal tender, is not backed by national governments, and crypto accounts held with Klink Finance are not subject to FDIC, FSCS, ECB or similar protections. Digital currency values are not static and fluctuate due to market changes. Not all products and services are available in all geographic areas and are subject to applicable terms and conditions. Eligibility for particular products and services is subject to final determination by Klink Finance. Rewards related to Klink products are subject to change over time.